Beavering Away on the Farm 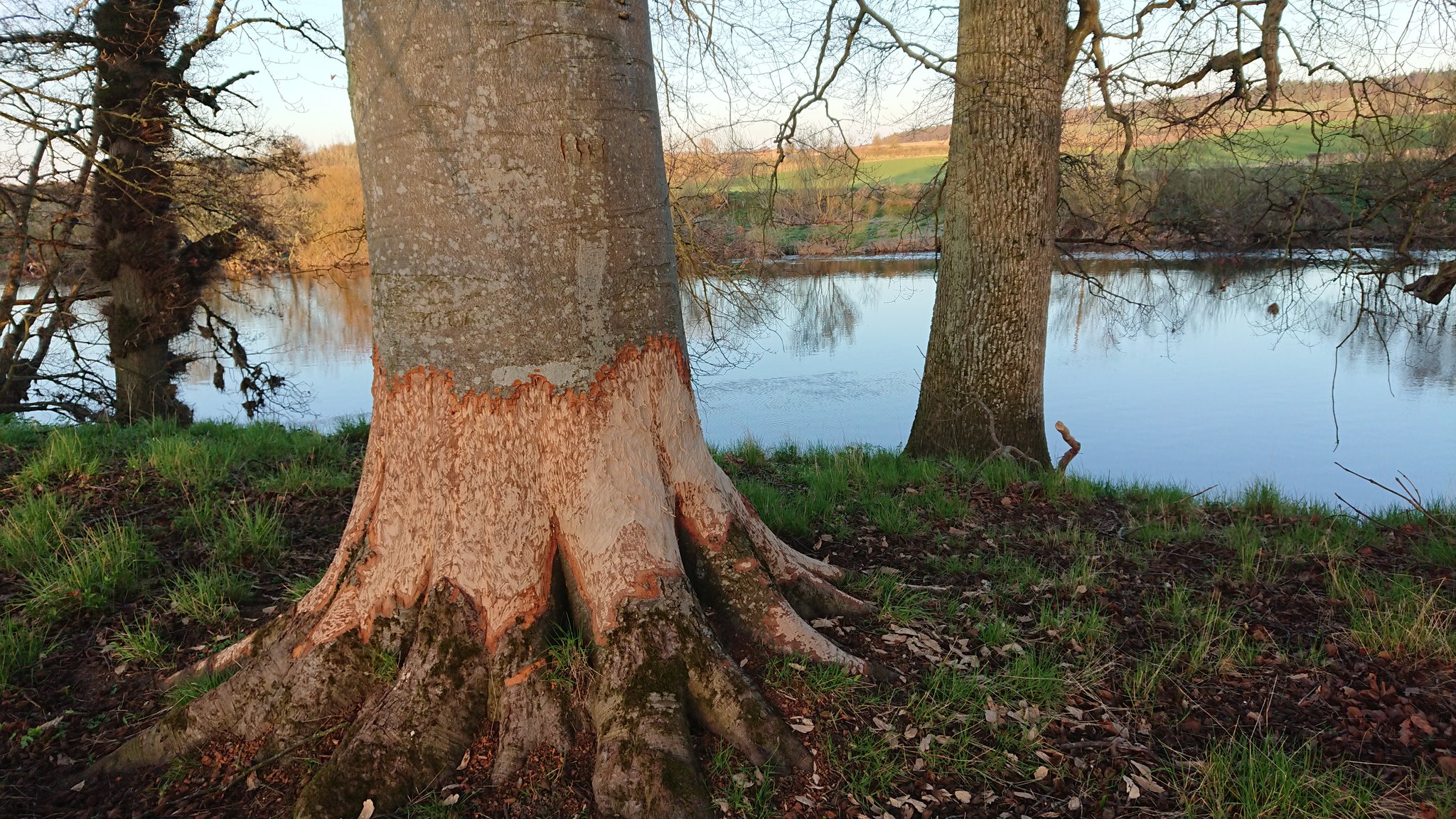 I haven’t posted on my blog for an embarrassingly long time now – something I will try to rectify in 2019 – however, a recent assignment on my MSc course has given me the perfect opening to get writing again!

For context: I am part way through a Masters in Countryside Management with Scotland’s Rural College (SRUC). This semester we had the ‘Topical Issues in Modern Agriculture’ module; part of which was to conduct a review and examine the debate around a topical issue of our choosing. Thus, my report ‘Will We See the Wood for the Trees – Has the Beaver Castor fiber a Role in Scottish Agriculture?’ came into being. I may post it on here at a later date, once its been assessed, for those who are interested.

The second part of the assignment is to undertake a bit of Science Communication (#SciComm) and get the main findings of our reports out to the public via social media. Within the remit of the assignment, I have a maximum of 5 minutes to get my message across, so I will be presenting this via video (which is a darn sight harder than it sounds!).

Whilst the video will have subtitles/closed captions, I will post the transcript below, along with some accompanying pictures – as and when internet upload speeds allow! – that were used in the report, for you to peruse at your leisure.

*DISCLAIMER* – Any views expressed in the video are my own, and therefore do not represent the views of my employer.

00.04 I’m Megan Rowland, or for the Tweeps you can find me here @Wayfaringhind:

[holds up a piece of paper with the Twitter logo and]

00.09 Think of this as a budget basement Springwatch episode where I’m going to be talking beavers as part of my MSc project.

00.18 We had to choose a topical- topical debate in modern agriculture. In this case I opted for the reintroduction – discussing the pros and cons of reintroducing beavers into the Scottish agricultural landscape. Drawing any conclusions, even if they are that the conclusion is inconclusive.

00.38 So, for anyone who knows me, knows I am a fairly avid collector of hats. Today I’m going to start with my conservationist hat.

[Puts on a woollen beanie hat]

00.46 So with this on, beavers are a keystone species. Widely regarded as ecosystem engineers, for their ability to change and shape the habitats that they take up home in.

00.58 There’s about two and a half thousand published works on them so far. Looking at a good selection of these, I’ve noticed that most of them seem to be on their effects on ecology and environment, and that it is noted there are winners and losers to every, every case of beavers taking up residence somewhere.

01.18 So, in that case, with my wildlife managers hat on. [Changes hat to a tweed baseball cap] The impacts are mainly on freshwater, fast flowing invertebrate species. Your caddis flies and mayflies and some such. Also, a globally species, which we are home to in Scotland 50% of the world’s population, the freshwater pearl mussel. Which are resident in the streams behind me here.

01.52 In the Highlands and Islands we’re also home to aspen, which is a species of conservation concern. There’s an example behind me here too, [gestures at a tall tree behind] which is very convenient. In Norway they noted beavers will travel a particularly long way to access aspen for winter browsing.

02.10 We’ve had concerns for salmonid species, who rely on waterways like this for spawning. They need the gravel to lay their eggs in, and beavers with their ability to nibble and chew do quite a good job of removing riparian vegetation which is vital for keeping the water cool.

02.30 I’ve also seen areas of bank collapse and resulting siltation into the water is pretty damaging for the gravel beds where the salmonids need to lay their eggs, and also for freshwater pearl mussels. You could say on that front that full protection is definitely sowing the seeds of a conflict.

02.49 So, lastly with my farmers hat on, and in no way sponsored by Norvite [fumbles with hats and notes – the wind blows in the microphone] – I’ve got too many hats. [Dons a black beanie branded Norvite]

03.01 I was invited to the Tay the other week to look at beaver impacts, and it became clear that gaps in knowledge have made the benefits very hard to quantify. A lack of communication and a lack of understanding between stakeholders. The costs on the other hand were very easy to see and measure, in terms of finance and environmental impact.

03.26 Reading through SNH’s report and various other pieces, there’s no mention of increase in species like liver fluke – the parasite that causes liver fluke. Which in a -in an agricultural environment like Scotland with 70% of land being used for agriculture, it’s quite an important factor.

03.47 Also no mention of increased mosquito incidence where, as a species that’s capable of transferring diseases like bluetongue, again for your farmers and pastoralists that’s a fairly important, fairly important factor.

04.02 So! With all three hats on [hums] All of my interests in one go [laughs] We can conclude that their presence is a reality in Scotland. I’m genuinely excited about it, and I think there are areas where they are going to be really useful and they’re going to do good things.

04.29 However, the release in Tayside has shown everything that can go wrong. And it’s evident that wildlife conflicts like this are down to the human players rather than the wildlife a lot of the time. So, we need to accept there are going to be conflicts, and we need to find ways to manage them.

04.48 My main conclusions were we need more research. More focused research into the socio-economic impacts.

04.55 And more research into agricultural interactions with this species because there’s hardly anything.

5.00 And when it comes to management, top-down approaches, prescriptive methods just don’t work.

05.05 I feel that a local, ground-up management system – tailored to each catchment, because they will all be different is going to be more effective.

05.17 I’ll have more information and photographs on my blog. I’ll put a link somewhere around here [waves arms around]

05.22 And I’m happy to continue the conversation in the comments below, or on my Twitter page. I’ll put a link in somewhere.